Docent (tour guide) led tours offer a deep dive into the Conrad Family’s history. Learn fascinating facts about the Mansion’s nooks and crannies as well as the Conrad family’s impact on Montana history.

Docent-guided tours are limited to 40 people per group and last about 1.5 hours.

Self-Guided tours are ideal for those on a time crunch or who prefer to learn at their own pace. Spend a few minutes or a whole afternoon exploring this beautiful and innovative Victorian home.

We consider winter and early spring to be our “off-season.” We reduce our open hours in order to catch up on building and artifact maintenance.

We offer self-guided and docent-guided tours Tuesday-Friday between 10am-4pm.

Self-guided tours do not require an appointment, you are welcome to stop by anytime during our open hours.

During the summer season, we see visitors from all over the world as well as locals exploring their own history. From mid-May to mid-October, we are open for docent-guided and self-guided tours on a set schedule. All tours are first come, first served and we do not take reservations during the summer season. We recommend arriving for your desired tour time about ten minutes early.

No food, beverage, or flash photography allowed inside the Conrad Mansion. Phones must be turned off during tour. U.S. Currency, VISA, MasterCard are accepted.

The grounds and gardens are free and accessible to the public-year round. Please stay on designated walkways and lawns. 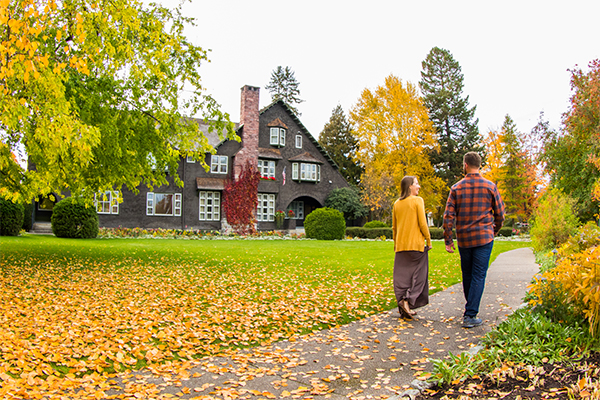 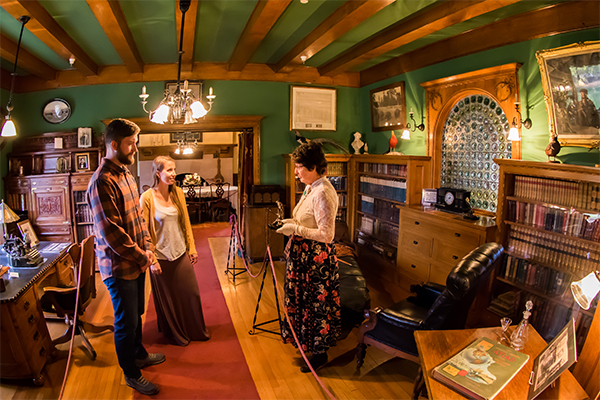 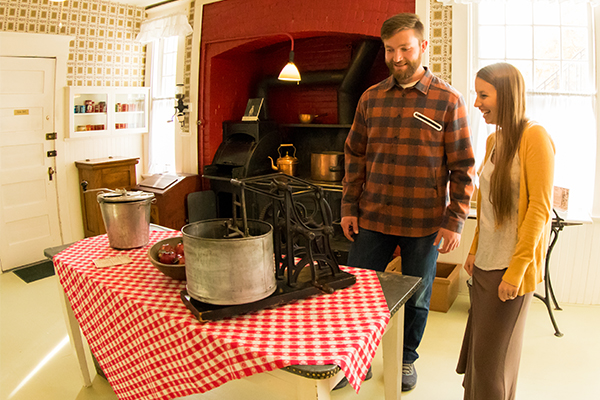 It’s unreal to think that Teddy Roosevelt himself stayed in the Conrad Mansion all those years ago. The tour is incredible and the staff is friendly. I’ve been many times and it never gets boring. ”

In addition to regular season tours, the Conrad Mansion offers several special tours and events throughout the year.

The Lettie Conrad tour honors Kalispell’s Founding Mother Lettie Conrad. The story of Charles Conrad has been well-told by Kalispell locals and visitors since the 1890s. Mr. Conrad’s adventures and accomplishments echo through to this day as we live and work in the town he helped found. But, as the old saying goes, “behind every great man, there’s a woman,” and this special tour tells that story. Learn about an Edwardian woman’s life in Montana while touring through the Mansion’s twenty-six rooms.

The Lettie Conrad Tour will be by appointment only through 2022. Please call 406-755-2166 to schedule a Lettie Conrad & the Wild West Tour

Although women first borrowed suit jackets from men in the 1890’s, the man’s suit first appeared three hundred years earlier in the late 1600’s. Those late 1600’s suits only resemble the current version of the man’s suit in that they consisted of three pieces: a loosely fitted coat (jacket) and waistcoat (vest) ending at the knee, and the precursor to trousers (pants) in the form of full knee length breeches, like a woman’s divided skirt. Two schools of thought exist about the development of the man’s suit. One is men’s fashions stagnated with those plain suits, and the other is men adapted to modern clothing much earlier than women. More functional than their previous clothing, the suit allowed men to transition into what eventually became white collar work. Likewise, when women began to participate in activities outside the home in the 1890’s, they also adopted the more functional suit, but less stagnant with more variety than the men’s versions. To provide a context, this exhibit opens with a look at three men’s coats like those worn in the 1890’s. In addition to women’s versions of the mans tailored jacket, the remainder of the exhibit includes a 1907 bolero jacket, two 1915-1923 suits with long loose jackets, a late 1920’s cardigan suit, a 1940’s dinner suit, a 1960’s Chanel knock-off suit, and a 1960’s “space age” pants suit.